A few weeks ago, I wrote a blog explaining how you should approach applying for a raiding guild. One of the biggest things I stressed was DO NOT LIE. Don’t. Don’t even think about. It will almost always bite you in the ass. There are a million ways to verify in game accomplishments, past guilds, name changes, server transfers – all and more can be found using tools such as the armory, web sites that track changes…or something as simple as creating a character on the realm of a past guild, as was the case here.
I’m standing around in Dalaran, waiting for raid invites to go out & playing with my beloved Monkey Ball trinket when a random level 55 Death Knight named Eloras sends me a tell, asking me how I was doing and if I had a few seconds to talk about a past Raid Leader of ours. Wait, what? A past Raid Leader? Our guild has been around since before Molten Core was even in the game, and has had one raid leader: Our Giant Ball of Enthusiasm, Chewey – the Ex Tank now known as Darth DPS. And seeing as he’s tossing out tonight’s invites, he’s either REALLY good at two boxing, or something fishy is going on.

I let this person know as much, and he was genuinely amused. He informed me that his friends had an applicant on their vent at this moment for an interview, claiming to be our past raid leader, helping the guild over come such challenges as our Yogg +0, Tribute to Insanity and even recent ICC kills, and they were having some doubts to the validity of it. Well, of course I had had to know WHO this person was:

Now, I’m sure you’re wondering why I’m laughing – let me ‘splain. See, Safetyman was a warrior tank on our server. He was no one of particular interest, being a guild leader of a small, very casual guild that I can’t even remember the name of. You know the type – the kind of guild that tags whomever, and gets together to kill a few bosses here and there, but calls it a night after a wipe or two. I remember him being a nice guy from the occasional 5 man I did on my alts, but I distinctly remember him because he was one of many people that paid us 15,000 gold for a rusted proto-drake way back in August . While he didn’t do anything noteworthy during that run, we had to get him every single achievement for that meta – including his first ever basic Keepers and Yogg kill. Not a big deal – we congratulated him, got him some gear and called it a night. HOWEVER – he took this new found “experience” and applied to our guild….claiming progression work on EVERY SINGLE “hard mode” we literally just carried him though! Obviously, there were many more issues than just his lack of experience, so we gave him the standard “you’re not what we’re looking for, good luck to you” answer and sent him on his way.
So here we are, several months later, and our dear warrior is on a new server & applying to the leading guild, Nexus ofUldaman, claiming to be our ex-raid leader. He doesn’t even start small, saying he was simply in our guild – he takes the whole cake and proclaims himself raid leader!! So how did we handle this? 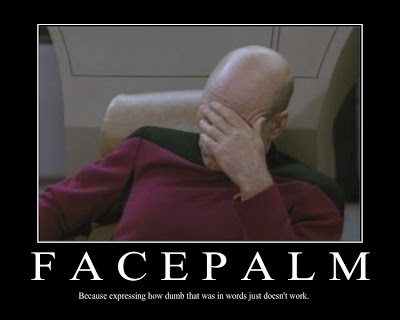 Well duh – we sent our Guild Leader, Amisaalia, the REAL Raid Leader, Chewey, and Ranedor – the man who strikes fear in the hearts of bad applicants everywhere, on to their vent to say ‘Hello’! And while I wish I had some funny story as to how that ended, unfortunately the second he saw the Three Musketeers join vent, he must have remembered he had plans to dislodge a foot from his mouth and promptly disconnected – ending his interview and any reputation he hoped to have with that guild.

Now, while we’re flattered someone thought we were good enough to lie about, this is an extreme example of why you should not lie about what you’ve done and can do in game. You most likely WILL be exposed. We’ve had applicants lie about about past raiding experience, only to have a quick look at their armory prove otherwise. We’ve had applicants that managed to get in on a previous guilds’ farm content to get an achievement before they were booted, and used that to say they had experience – that doesn’t work either, as it becomes painfully obvious they had no concept of how the fight worked (and in some cases, how their class worked) when we gave them a trial run. And it’s worth mentioning – again – that no one buys the ” I did these things on an unnamed alt on another server” bit – because, again, it will be very obvious you never did these things.
You can’t take back a lie like this. Once exposed, any credibility or chance you may have had just flew out the window. Is it worth it? If you are thinking of embellishing on an application, take a second and consider why you feel the need to do that: If you feel the need to lie and bolster your achievements, perhaps you arnt ready for the guild you are applying to. Look over your skills and experience, and find a guild that might be a smaller step up and would be a good start to start gaining what you feel is lacking.
Now please don’t misinterpret what I am saying – I am not advocating guild hopping (yet another thing that can be researched – no guild wants to take a fair weather member that takes gear and time from others and jumps ship), I’m just saying that no raider, no matter how advanced, started at the top, and you certainly won’t have much fun in a guild you know you are not ready for. The fun in raiding is learning and progressing with a group of people, not getting a piggyback ride to purples, and selecting a guild on your level will probably maximize your enjoyment of the game as well as your experience.
I have in the past and will continue to stress that lack of achievements or gear on a player is a minor thing to fix, for the most part. If an applicant demonstrates intelligence, a firm grasp of the game and his/her class mechanics, it’s a pretty good bet that they will quickly grasp a fight and can become a valuable raid member. Sometimes, honesty IS the best policy.
This is probably advice our dear Safetyman should have taken before he lied. I have no idea how he thought no one would look at his armory, or how he expected to come across as knowledgeable enough to lead raids on fights he’s never seen – it doesn’t matter. His credibility and any respect he may have on that server will most likely be severely tarnished-we all know how fast a good drama story spreads -and rebuilding your reputation is a lot harder than simply establishing a good one in the first place.