Well it has been 30 days since I did my Character Re-Customization— and now, I did it again. Derevka is back to being a short, stout, freckled dwarf again and I missed her.

When I showed up to a raid as a male dwarf, I got tons of comments on Ventrilo, whispers, raid chat, and /gasp emotes. After all, I have been playing D as a female dwarf for over 4 years now. People expect me to be a certain way, visually. Showing up contrary to that surprises.

I have to admit, I couldn’t get used to it. The audio cues when I was /lol, out of range, on cooldown, or even death just sounded wrong. I kept hearing the male dwarf emotes and thinking, “Who was that?!” It wasn’t Derevka.

Creating your character visually has got to be one of the most important parts to bonding to your toon. It sets the tone and feel to the game. Playing Derevka as a male dwarf just simply didnt feel right. It was as if I was playing another person’s account with the same UI as mine. I wasn’t playing Derevka.

The countdown to Blizzard’s Character Re-Customization cooldown began. On the 11th, I went BACK to female-Derevka. I’ve raided a few nights since then, and the general reaction I got from many was, “Yay!”. I tend to agree… Yay!

I am not on an RP server, so it is really interesting how attached I am to my character. It isn’t a RP thing really. I think we ALL get attached to our toons. Especially those of us who raid or play regularly; we stare at the back of their heads for hours at a time.

Will the real Derevka please stand up? 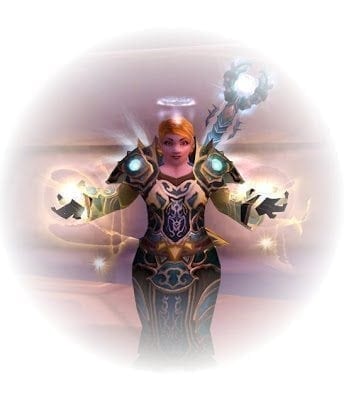