The Cataclysmic State of Disc – Baby, it’s not you – it’s me

First off, I know what you’re going to say. Just stop right there and wipe that smug look off your face. I blame all of you for me being here. That’s right – YOU.  All your chitter chatter on twitter and facebook. The emails. The previews. That fiendish asshole Derevka singing how amazing I am, & bribing me with a baby boomkin pet. IT’S SO FUCKING CUTE HOW CAN I RESIST???!!! Add in the fact that once I left, he tried “classing” the site up by adding doilies & curtains everywhere, and now it looks like this – enough is enough. Don’t expect me to match him post for post -I’m simply back to bring the trash to his class, so get the “I told you so’s” out of your system.

Now – back on topic. Disc really didn’t get off to a good start, did it? The PoH/DA issue, the Mastery issue & changing mechanics lead priests to the forums in droves to cry ‘foul’. Now while there were some issue effecting disc functionality, and those have been adjusted (more on that later), we really don’t believe the problem was a huge as people made it out to be – mechanics, gear, & perception all compounded the issue.

Wrath spoiled a lot of people. Get to 80, buy some 245/264 gear off the AH, join an ICC pug and slam your face on the keyboard to epics. I think we’ve all seen what happens when you try that at 85, but, like me with a hot stove, people don’t learn until they burn themselves…usually several times over.

So some of the perception of priests being “broken” came down discovery. The tanks had to learn to slow down & learn to generate threat. DPS had to get CC spells on their bars, learn something called “assisting” and realize that the days of healers keeping them up thru Stupid Shit were over . And healers had to learn the art of “triage” and “acceptable casualties” and proper spell usage. To disc priests, that meant gearing properly, and realizing we had to do more than flash heal & PW:S.

So how DO you gear properly? What stats do you need? Like most healing questions, there is no cut and dry answer. Intellect is a priority, as is spirit – Drop the Wrath mentality; you’re still going to need the regen. As for Crit, Haste and Mastery…well, it depends on what you’re doing. For single target healing, crit seems to mathematically come out on top and there’s a much lower reliance on mastery. However, I am almost never simply spamming heals on the tank. I find value in haste for smites, and haste/mastery for PoH, especially when you consider the large amount of encounters with heavy raid damage (especially since PoH is now guaranteed to proc a DA on the targets) that will consume the DA. Renewed hope & Inner Focus gives me a little breathing room on crit for when I am single target healing.

The TL;DR version: Int, then Spirit, then find a balance of haste, mastery & crit that suits your needs & style. Also keep in mind this is for heroics & entry level raiding at 85. Things can (and will) change and we’ll update as we go.

Specs & Mechanics: Ol’ Gray Mare just ain’t what she used to be

I am currently using a 31/8/2 spec for most fights where I am disc in raiding. Let me ‘splain why. 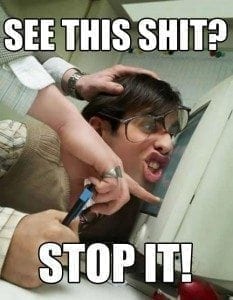 How you heal has changed.Remember when we pleaded and begged back in Wrath for disc priests to remember their other buttons besides Power Word: Shield? Yeaaaaaaaaaaah. That shield happy spamming method will get you screwed faster than a drunk teenager at prom. You just can’t do it. Even putting the mana drain issue aside, look at how Rapture now functions: Multiple shields consumed at the same time return mana for only ONE shield.   It used be be you could “cheat” this mechanic (Think Lich King)  – multiple shield procs within this 12 second window would return mana for each shield. BUT NOT ANYMORE. Cast 5. Cast 10. You’re only getting a return on ONE. Spamming shields becomes a massive drain of on your limited resources.

The good news is the 3/3 return has been adjusted from 2.5% of total mana to 6%. ForteXorsist will track your rapture cooldown, but I’ve also been using Ingela’s Rapture Tracker. So because I find myself actually casting PW:S every 12 secs, I dropped Soul Warding entirely. This is something you will need to evaluate & decide on. I’ve heard some arguments for 5 mans & multiple shielding, but I found using one shield & a BT PoH is more efficient, especially if the DA will be consumed.

I’ve seen a lot of back and forth over Strength of Soul. It sounded good, in theory. In practice, even when 1/2, I found myself working against the rapture ICD and struggling to find a place for heal – it just was rather ineffective, & I dropped it all together. I use what I call “The Focusing ToT” spec – the Atonement/AA spec combined with Inner Focus and Train of Thought. Atonement healing during periods of low damage keeps melee/Tank topped off, while macroing Inner Focus to both Gheal and Prayer Of Healing give me the sustainability I need. Here’s an IF mouseover macro (PoH will work the same way, but if you’re not using a mod that extends macro limits, you need to leave the showtool off):

I know there were many naysayers about the Smite/Atonement spec, and I stubbornly supported it. It was rather underpowered, but it seems this is really an intended mechanic, and several buffs seem to support my theory of it’s viability. The amount of healing applied by Atonement has been increased, the affected target can have DA applied, the range of an atonement target has been increased to 15 yards, now atonement targets are affected by healing modifiers (like AA), AND it can proc a DA on the heal recipient. This is a GREAT mechanic. Used in conjunction with Archangel, it’s powerful, and I find myself using it over Heal exclusivly. The key is knowing WHEN to use this in a raid setting. Know your encounters so you can predict the ebb and flow of lesser and higher damage. I also use this macro, as it will smite my target’s target:

You’ll notice I took 3/3 Inner Sanctum – it’s really a toss up between that or Mental Agility for the next tier. I found the increased movement speed of IW and the damage reduction of IF to be more valuable in raids, considering my limited use of instant cast spells. One thing to note is 3/3 is giving a ~2200 mana cost to IF; I’m not sure if this is a bug, since the tooltip mentions no cost. However, I find myself switching between the two far less than as holy, and it hasn’t proven an issue…for now.

I also took 2/3 Darkness. Again, your mileage may vary, but I’ve found it useful in most situations. I also tried out putting those two points in Surge of Light, given my ample use of smite. It just didn’t seem to proc enough to warrant giving up the haste. Admittedly, however, I don’t feel I’ve collected enough log data or experience with it to give it a thumbs up or down. There’s also a change going in on Tuesday that will now allow SoL to proc from Flash Heal/Greater Heal and can crit. Im going to have to revisit this.

Now I also want to mention renew here. When I was running 5 mans as disc I used a 31/10 spec that included heavy use of renew (Keep your Inner Will up!!) – it’s not a dirty word for disc. It’s a great way to keep Grace on the tank, keep dps alive, and even at early haste levels with BT, you can hit that extra tick mark. Renew ticks can also crit and proc what we like to call “mini Aegises” (it’s fun to say). Even in raids, I try to keep it ticking on the tank. Try it out before you poo poo it.

One thing I do want to mention regarding 5 mans & heroics: In the beginning, yes – it is more difficult for disc. Disc is more gear dependent, and we don’t have the extra gains from spirit that holy does. The reason Derevka and I call ourselves “healing priests” is because we aren’t married to one spec – we have no issues using one or the other. However, I do know many people have no desire to go holy, so be prepared. If you find yourself struggling, run with guildies when possible, run regulars to gear up and purchase reputation gear, or craft/buy what you can. You’ll find that as familiarity with the dungeons increase, as do others gear, the strain on you will lessen even more.

Several people have also asked me disc healing vs holy healing in raids ie which is better, and again, there is no answer to this. It will come down to your role, the fight, and the raid make up, as well as the skill of the players.  Some fights will favor holy, some might let disc shine. Some fights you might be better raid healing over tank healing.  And there will be other fights where your utility is favored over your output (Chimaeron, for example). The success of the raid is more important than your place on the meters.

That’s pretty much it for now. I’m sure I forgot something, but if I didn’t have this ready by today, Derevka’s non stop nagging would have caused me to snap and take out a busload of school children. I should have another post soon, probably between next week & when ever the hell I feel like it.